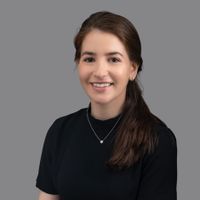 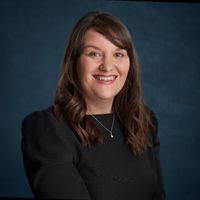 The London Employment Tribunal has published the decision of Sommer v Swiss Re Corporate Solutions Services Limited. The Tribunal decided that the female underwriter was unfairly dismissed, harassed and discriminated against by a senior manager who made ‘sexist, demeaning and derogatory remarks’ about her. Mrs Sommer, the Claimant, also pursued claims including a breach of equal pay provisions and claimed she was victimised for raising discrimination claims however, both were unsuccessful. We have considered some of Mrs Sommer’s successful claims below.

During Mrs Sommer’s employment, the senior manager made inappropriate jokes about her breasts and made other references relating to intimacy, at a work social event. The Tribunal found that while some of the comments were viewed as jokes they, ‘went badly wrong and should never have been made’. Mrs Sommer referenced other situations where the sexist remarks and behaviour were inappropriate, including shouting at Mrs Sommer to ‘shut up’, asking her to take a ‘more submissive role’ and to ‘speak less and listen more’. The Tribunal concluded this behaviour amounted to direct sex discrimination and harassment as a male comparator with a similar personality would not have been spoken to in this way and the language was intrinsically sexist.

In April 2019, Mrs Sommer announced her pregnancy and confirmed that she intended to return to work after maternity leave. Due to pregnancy related ill-health, she notified her employer that, ‘standing on my feet, carrying a bag or even the vibrations of walking causes me pain and discomfort.’ On this basis, the Claimant asked to work from home until her maternity leave started. The business denied this request. In a subsequent grievance, Mrs Sommer complained that her flexible working request was denied and that she was treated disadvantageously compared to white male colleagues. To the Employment Tribunal, Mrs Sommer cited a specific male comparator who was allowed to work from home due to his health, resulting in the Tribunal determining that the denial of her request to work from home was pregnancy-related unfavourable treatment.

The Tribunal also heard that while Mrs Sommer was on maternity leave, the senior manager and other staff explored how to remove her from the business upon her return. Mrs Sommer returned from maternity leave in July 2020 and in October 2020 was placed at risk of redundancy. Swiss Re alleged that costs savings were required however, the Tribunal decided that the real reason for the selection for redundancy was her sex. Ultimately, the Tribunal concluded that Mrs Sommer was unfairly dismissed under the guise of redundancy.

As Mrs Sommer has succeeded with some of her claims, the compensation will be determined at a later hearing and could be substantial. For employers, to prevent claims reaching this stage, it is important to carefully consider any requests, including flexible working requests. Employers need to ensure that any request is reasonably considered and ensure that employees are treated consistently to avoid a later allegation of discrimination. It is also vital that managers are trained on equality and diversity to understand how to prevent discrimination and harassment in their teams.

Our team at Teacher Stern can advise on the grounds of any potential claim, with their experience in dealing with cases involving workplace harassment and discrimination. Please get in touch with our team of employment specialists if you want to discuss further.

More posts by the authors

Is it too hot to go to work?
Roisin Kavanagh

Knot what he was expecting… accountant to pay over £200,000 following legal battle over Japanese knotweed
Elizabeth Russell